Paolo starts studying classical guitar at age 9 and then falls in love with jazz at age 15. He takes private lessons with Sandro Di Pisa until he is accepted at “Civici Corsi di Jazz” under the guidance of maestri Franco Cerri, Enrico Intra and Riccardo Bianchi, all legends of the Milanese jazz scene. During his studies at “Civici Corsi di Jazz” he is awarded with the opportunity to perform several times for the “Break in Jazz” festival and the “ Serate in Musica”(musical evenings) both directly organized and sponsored by the Milan City Hall. Thanks to these performances he receives reviews from some of the most important newspapers, including the local page of Italy’s bestseller “Corriere della Sera”.

In the summer of 2007 he wins a scholarship to attend the prestigious Berklee College of Music where he enrolls in May 2008, right after concluding his philosophical studies at the “Universita’ Degli Studi” of Milan.

At Berklee he studies with international jazz legends Mick Goodrick, Tim Miller and Dave Santoro and he gets to perform and record with some of the most promising young talents of the East Coast Scene like Clay Lyons, Jared Henderson, Tamir Shmerling, Massimo Buonanno, Pasquale Strizzi, David Neves, Alex Smith, Roberto Giaquinto and many others.

Paolo moved to New York City in 2011 where he worked as guitar teacher and performed with several bands in clubs and venues of NYC and surroundings like Rockwood Music Hall, the Shapeshifter Lab, the Knittin’ Factory, Somethin’ Jazz Club etc etc.

In November 2013 he went into The Bunker Studio in Brooklyn to record his first album as a leader entitle “Floating Bridges” that was officially released in 2014 by the Catalan label Quadrant Records.

Paolo combines his love for contemporary American jazz with his passion for film scores, classical music and Italian music giving birth to a sound that brings together melodic simplicity and rhythmic complexity.

Paolo moved to Barcelona in 2014 where he currently teaches guitar at the Bellaterra El Musical-Conservatory and performs with various projects in clubs and venues. 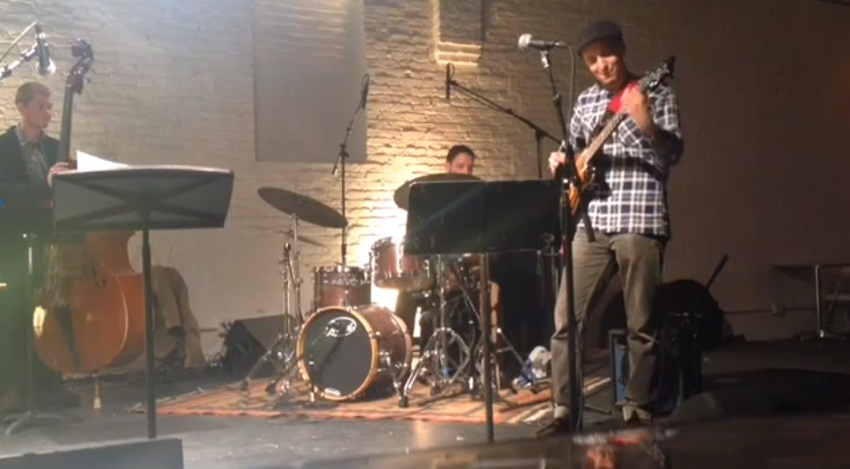 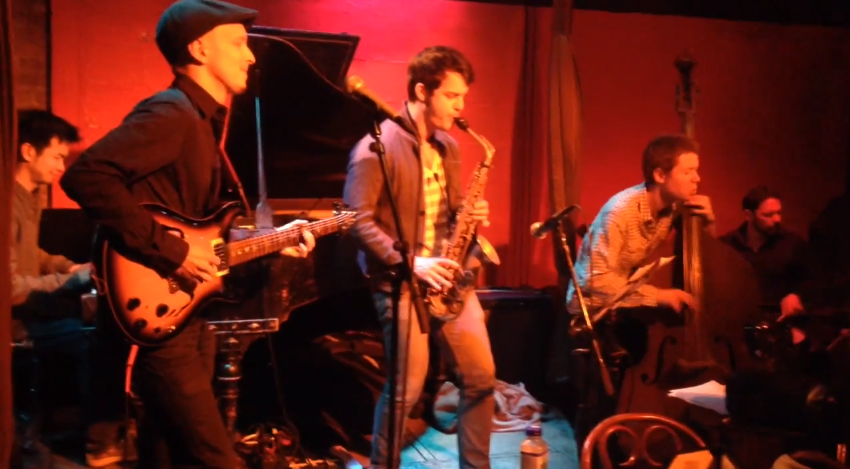 "Fluid compositions of confident musical writing, rich with effective melodies and a good dose of swing, something rare nowadays."